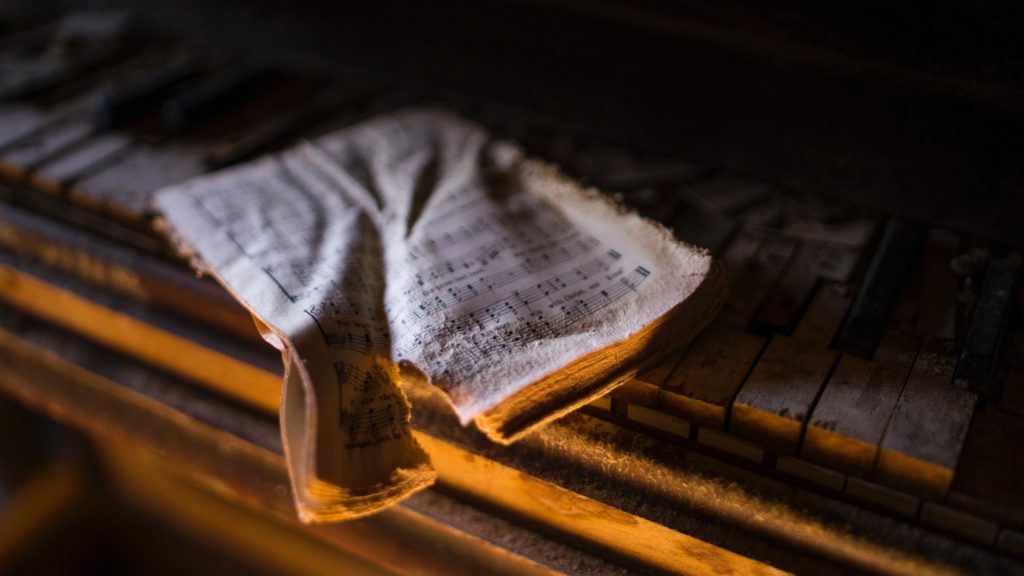 It is quite beautiful. Hauntingly beautiful, in my humble opinion.

I am embarrassed to say that if I would have heard this song in my twenties, it would have made me instantly angry, defensive, and judgmental. I would have gotten out my theological red pen and gone to work on it, tearing it to shreds, focusing on all of the ways Ke$ha got it wrong!

I seem to have turned a bit of a corner in my thirties; whether it is a better or worse corner only time will tell. Maybe it happened when I became a parent. When I became a parent, for the first time I instantly, deeply, intrinsically loved someone who may very well turn out to feel, think, or be just like Ke$ha. So, when I heard her song today, it made me interested, attentively listening, self-evaluative, and full-hearted.

I love hymns – I mean the kind from a hymnal. I grew up on them; they were, in a way, our bedtime snacks. And, in turn, I’ve made them my kids’ bedtime snacks. (I’ve written about that in a previous blog post.) I am one of the remaining organisms on this earth who is actually hymn-ful.

But I couldn’t help but resonate with Ke$ha’s idea of a hymn for the hymnless. Most of my friends, religious or irreligious, reverent or irreverent, churched or unchurched are hymnless. My, how our world has changed – we are, most of us, hymnless. (And I’m not sure that that’s a terribly bad thing. Some of the hymns in my hymnal are actually really off their rocker, terrifically imbalanced, even unbiblical. That is a post for another day.)

So. I’m not going to tear apart Ke$ha’s beliefs about God, humans, eternal destiny. Sorry, if you were hoping for that. Actually I’m not sorry. I’m glad not to be angry, defensive, or judgmental enough to tear her apart. I like Ke$ha and I’m pretty sure she didn’t set out to write a set of doctrines. Ke$ha is just an artist and she is just making art – responding to life, speaking for so many people like her.

Here are her lines:

Even the stars and the moon

I know that I’m perfect

If we die before we wake

Who we are is no mistake

Ke$ha holds in brilliant tension the very good creating of God in Genesis 1 (I know that I’m perfect) with the dis-ease of brokenness in Genesis 3 (Even though I’m f*%#ed up). A lot of church-going, professing Christians can’t even get that straight.

Second, her emphasis on earthiness, orthopraxy, and the meaningfulness of the here-now-today was fantastic.

Here are her words:

’cause if there’s a heaven

Don’t care if we get in

Of course you can read Ke$ha’s seeming ambivalence about “getting into heaven” several different ways. But, she actually gets closer to the first century Jewish-Christian view of eternal destiny than most church-going, professing Christians do today. Salvation and hell and heaven the way that Jesus used those words were hardly ever concerned with eternal destination. Instead, they were answering the question, “How do I get the eternal, good, life-giving life today?” (I’ve written about that before, too.)

She also brilliantly connects singing hymns with orthopraxy, or how we live. And, when it comes down to it, why else would a person sing a hymn? If this is only a hymn for how we think, then haven’t we royally missed the point Jesus came to make?

Jesus is different than you think.
why I’ve {mostly} given up pining for spiritual-emotional highs