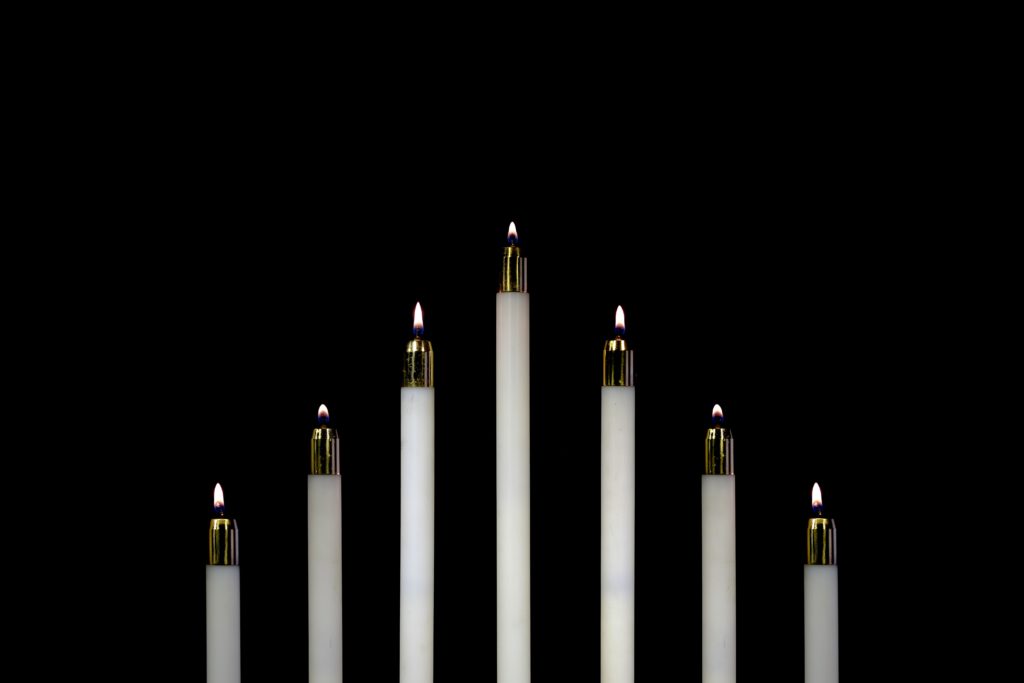 I just watched a documentary that follows a few young Hasidic Jews as they struggle to leave their religious community and make a life on the outside. (All week long I’ve been imagining them as Hasidic-exodizers, leaving their Hasidic religious community for a different way of life. The irony is splendid – is it not? – since Abraham is such an important figure (the man whose life was defined by his stepping out of what everyone normally did in those days and into something new – a new way of living) and the Moses-led Exodus of the Hebrew people out of Egypt is such an important event in Jewish history and life.)

Anyway, I noticed two things that surprised me and got me thinking.

First, most of the individuals in the documentary wanted to remain connected in some way to their spiritual heritage. I would have expected them to want nothing to do with any of it any more. A lot of them had experienced incredible hurt and abuse at the hands of their religious community. A lot of them still had vast amounts of anger and anxiety about their journey out of the community. But the men often still wore yarmulkes, several actively and joyfully participated in Sabbath meals complete with traditional food and singing, and all longed for continued relationship with their families.

Second, I noticed that the want-to-be-ex-Hasidic Jews often referred to the members of their religious community as “devout” and “orthodox” (naturally, so), categorically excluding themselves from those labels.

Contrarily, I saw in the exodizers a great devoutness. Not a devoutness about sidelocks and dress and repressive laws forbidding many “secular” things – (many of the externals!), but a devoutness about finding and making congruence between one’s inner and outer lives. They were devout about their vocation – the work they felt gifted and called to do and their determination to do that work even when its nature or their gender fell outside of the Hasidic religious structure.

I saw in the exodizers a beautiful orthodoxy. They were orthodox about practicing the Love and Grace of God: a woman caught in a 12-year cycle of domestic abuse found the freedom to no longer let herself be treated that way. They were orthodox about Community; all of them were forced to find and make new relationships unlike any of the ones they’d had in the “religious community” — relationships with honesty and truth, inter-dependence and shared intimacy at their core.

I kept wanting to encourage the escapees:

“That’s just part of what it means to be human. And I sincerely hope you make it.”

All of this reminded me so much of the Great church Exodus currently underway in the western world. Many of my friends, acquaintances, and so many unnamed others want “out.” If pressed, many of them would call themselves very spiritual and devout – and they are. I know them. There’s just one thing they’re not so orthodox or devout about – showing up to a Sunday morning worship service (what most people mean when they say “church”).

But none of the people I know want to throw it all out. They still love and honor and want to participate in their spiritual heritage. They are still very devout and sincere – in fact it’s exactly their devoutness and sincerity that have pushed them away. It’s precisely that they care so much about Church and the Way of Jesus that Sunday morning church had gotten to the point where it was an expression of too many things that seemed to be the exact opposite of the values of that spiritual heritage.

It’s not that they’re picking and choosing what they want on a great spiritual smorgasbord, as they’re often accused. (I mean, if we’re being completely honest – aren’t we all doing that in some form? See my recent post on a redefinition of heresy.) It’s not that they’re being especially consumeristic, as they are also often accused. It is that they are devoutly orthodox about a few things that Sunday morning worship services tend to neglect entirely.

In fact, the Sunday-morning-worship-service-exodizers (I cannot call them Church-exodizers, so many of them love “church,” wish they could “go to church,” and long to be a part of Church) actually have a lot in common with the Hasidic-exodizers, especially when it comes to the things about which they are devoutly orthodox. Things like congruence and vocation, journey and ordinariness, honest communication and intimate community, suffering and self-sacrificing Love and simple spiritual practice… I hope they make it.