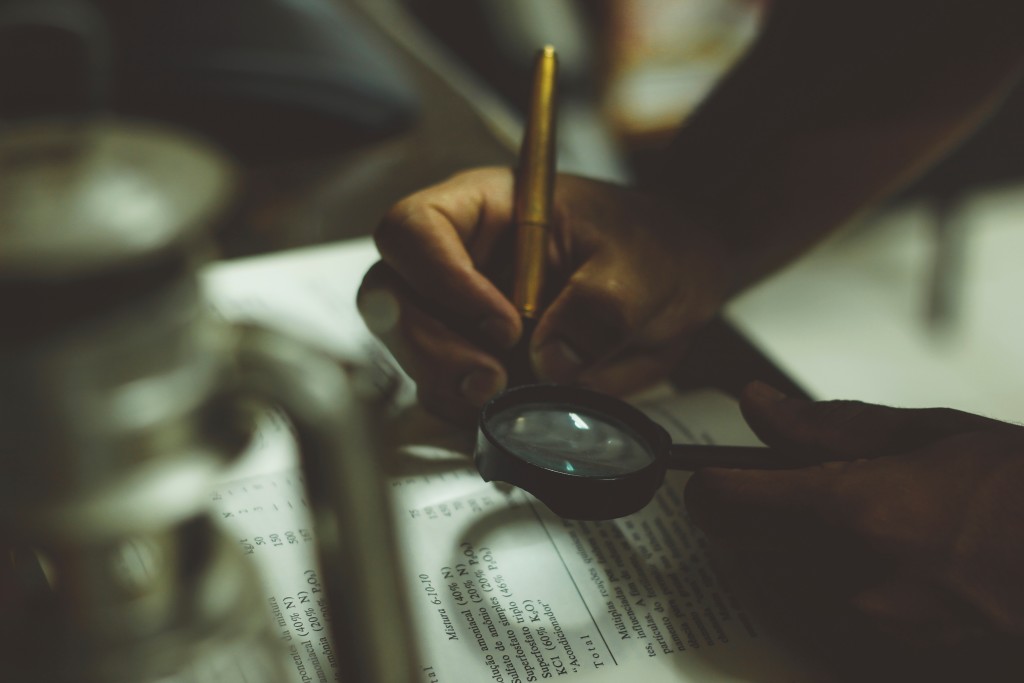 Mary’s Magnificat is a famous song / poem during Advent. You might have read it before. It is Mary’s recorded response to the many absurd events that had happened in her life surrounding her pregnancy with Jesus (an angel appearing to her to tell her that she would be pregnant though a virgin; Mary’s cousin Elizabeth’s post-menopausal pregnancy; Elizabeth’s prophetic blessing about Who Mary’s baby would grow up to be).

“My soul magnifies the Lord,
and my spirit rejoices in God my Savior,
for he has looked on the humble estate of his servant.
For behold, from now on all generations will call me blessed;
for he who is mighty has done great things for me,
and holy is his name.
And his mercy is for those who fear him
from generation to generation.
He has shown strength with his arm;
he has scattered the proud in the thoughts of their hearts;
he has brought down the mighty from their thrones
and exalted those of humble estate;
he has filled the hungry with good things,
and the rich he has sent away empty.
He has helped his servant Israel,
in remembrance of his mercy,
as he spoke to our fathers,
to Abraham and to his offspring forever.”

I’ve been ruminating a lot these past couple of weeks on the word magnify. It commonly comes with two definitions: the first is “to enlarge, to make something appear larger than it is;” the second is “to extol, glorify.” I think both of these are inadequate. I think the first is a bit anemic and I think the second is unnecessary. No offense, diligent Dictionary-Writers.

Think of the Planet Earth series (or any other nature show that blows your mind). It shows millions of butterflies or thousands of seals migrating miles upon miles with neither compass nor rations for the journey. It shows ant colonies that, mercifully, somehow know to extract a fellow ant from their community when he has caught a deadly fungi that will inevitably kill him and that threatens to kill the entire colony if he is not thrown out immediately. It shows bizarre plant life cycles and even more bizarre octopi mating rituals.

All of which are still currently happening right now. As I write. As you read. While we eat dinner. While we change diapers or kitty litter or bedsheets. While we sleep. Without our thought or intervention.

And Planet Earth shows only a tiny, minuscule fraction of all the organisms currently growing and mating and birthing and dying, from the skies to the plains to the depths of the sea.

What I’m trying to say is that all Planet Earth is doing – the whole entire thing – is just different versions of magnification. It is simply slowing-down (or speeding-up) or zooming-in on things that are already happening {amazingly!} without the control or knowledge or forethought of any human. Magnification.

It is just slowed-down and zoomed-in video – enough for us to see what we usually don’t see. And what we see – jaguars just eating breakfast and locusts just slogging through another day at work – repeatedly boggles our minds. When I’m watching Planet Earth, I never have to conjure up a sense of  “Wow!” or, as Evelyn Underhill would say, “beat myself into a froth.” I just marvel. And the marveling pretty much happens naturally.

I think this is all Mary was doing. I used to picture Mary’s Magnificat as a sort of Hallelujah! chorus she sung, all in a fervor of emotional ecstasy. Now I’m not so sure. I think she was just magnifying. Not extolling or glorifying (whatever those mean), but just slowing down and looking closely and keeping her heart open and being naturally amazed at Who God was and What He was doing in and through her life.

Which brings me to a more complete definition for magnification; something like:

So, after all of my dwelling on magnification these past few weeks, all I can think now is to ask myself: How much is happening in and around me that am I missing out on just because I’m not slowing down or looking closely enough? How might my recurring symptoms (anxiety, ungratefulness, anger, impatience, discontent, etc.) be relieved by my magnifying what God is doing in my heart and in my kids’ hearts and in my work and in the icicles hanging from my gutters? How have my symptoms barred my heart from the natural marvel that flows from sincere magnification?

Friends, does Christmastime sometimes make you feel as anxious, ungrateful, angry, impatient, or discontent as I do? During this season of Advent, let us simply slow down long enough to notice and reflect upon (and ask each other?) and let our hearts jump to marvel at “How is God at work? Who is God being in and through my life right now?” *

Merry Christmastime and xoxo from under the pile of giftwrapwishlistsChristmasmusiceggnoglattesholidaycardsholidaypartiesandwaytoomanycandiesandcookies,