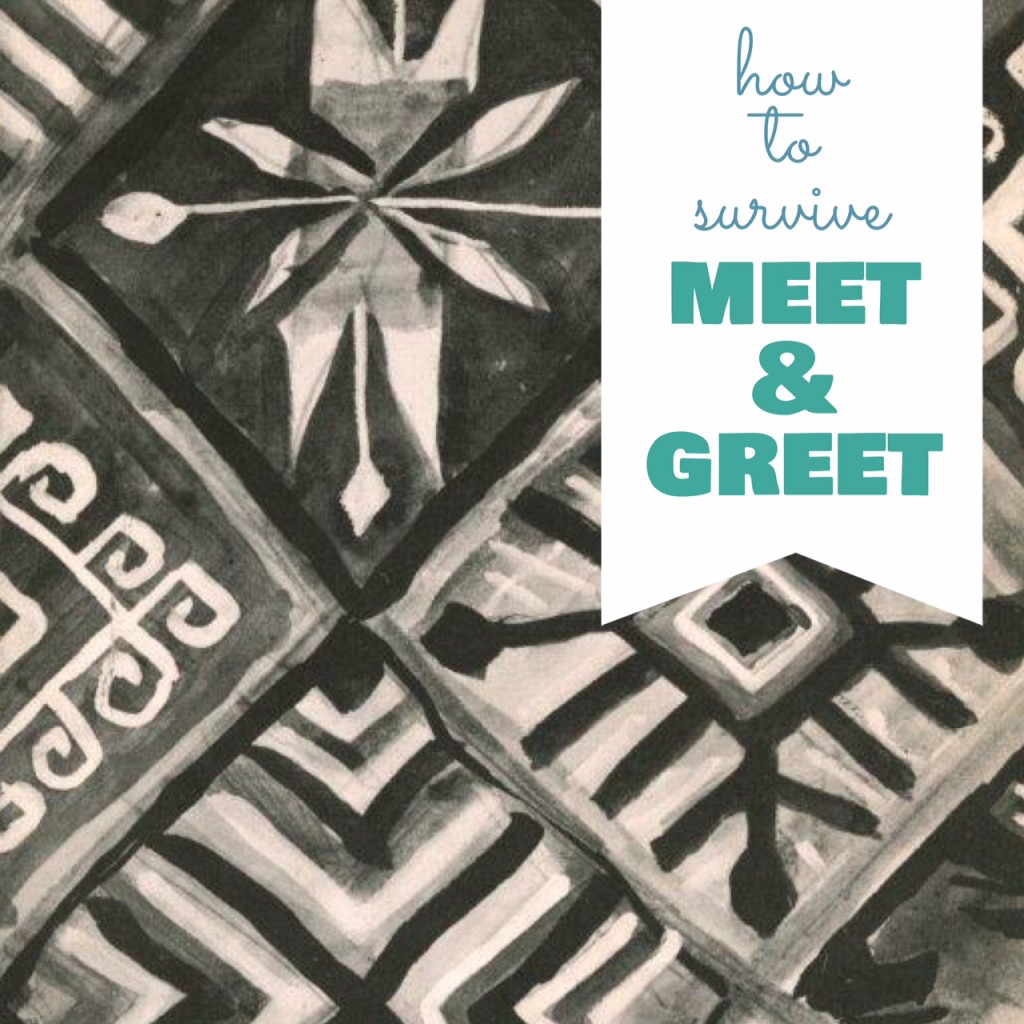 Whenever I’m in a new place, it takes me a little while to settle in. In a place like my current 125-year-old church, where lots of people have been attending, serving, knowing, and being known for a lot of years, it can take me even longer.

But, I’ll never forget the Sunday that God decided to settle me in. It was during ‘Meet & Greet.’

I sort of love ‘Meet & Greet.’ I love it because it feels wrong if we don’t do it. I mean, isn’t being together as the family of Jesus at least half of the reason we gather together on Sunday mornings? Aren’t we sort of hypocrites if we come and connect with God, but avoid connecting with other people as if they have a contagious disease? Plus, I think it’s a tradition or something. Something that came from ‘passing the peace of Christ’ maybe?

But I actually sort of hate ‘Meet & Greet.’ How am I supposed to have a meaningful conversation with anyone in the scant two minutes, fourteen seconds I’m allotted? Do I have to shake their hand? I’m sort of a germophobe. And it can sometimes feel incredibly awkward. I don’t know this person. I don’t know what to say or how to act.

I’d ask people, ‘How long have you lived in our fair city?’ or ‘How long have you been a member of this church community?’ [Never ask them if they’re new, right? How insulting if they were a founding father or mother around here!] I was used to a couple looking in befuddlement at each other, and then saying, ‘Oh we’ve been here almost seventeen years,’ or a beautiful woman with weathered hands smiling warmly, ‘I moved here in ’48!’

It was my sixth Sunday after my family decided that our church would be our new church home. And it was ‘Meet & Greet’ time. I was still so new that I was doing a much larger proportion of ‘meeting [new people]’ than I was ‘greeting [my friends].’

I asked my usual question and the person responded: ‘This is my second time here.’

It hit me: I wasn’t new anymore.

And furthermore: Meet & Greet isn’t about me. It’s not about making a new best friend. It is a sacred moment of acknowledging a truest old truth: that, because I am a creation of God, reflecting his image, I have something in common with every single person in the sanctuary. It’s about helping other people feel like they belong, like this could maybe sometime feel like home to them.

So, if you’ve been attending your church for more than two weeks, you’re old. And the onus is on us old people to be a part of making Sunday morning a welcoming entry point for people checking out our community for the first time.

Nowadays, when it’s time for ‘Meet & Greet,’ I try not to just shake hands and say the singular, anonymous, ‘Good morning.’ Sometimes I see a friend and give a hug. But usually I try just to talk to one new person. I look them in the eyes, I say my name, and I listen when they say theirs back. I ask them one question and I just listen. Then I try to remember their name when I see them next Sunday. If they shared something meaningful with me, like they were recently divorced or their daughter is sick, I try to remember that, too, and ask them about it next week.

Isn’t that pretty much all people want? To know and to be known. To be remembered as if they matter.