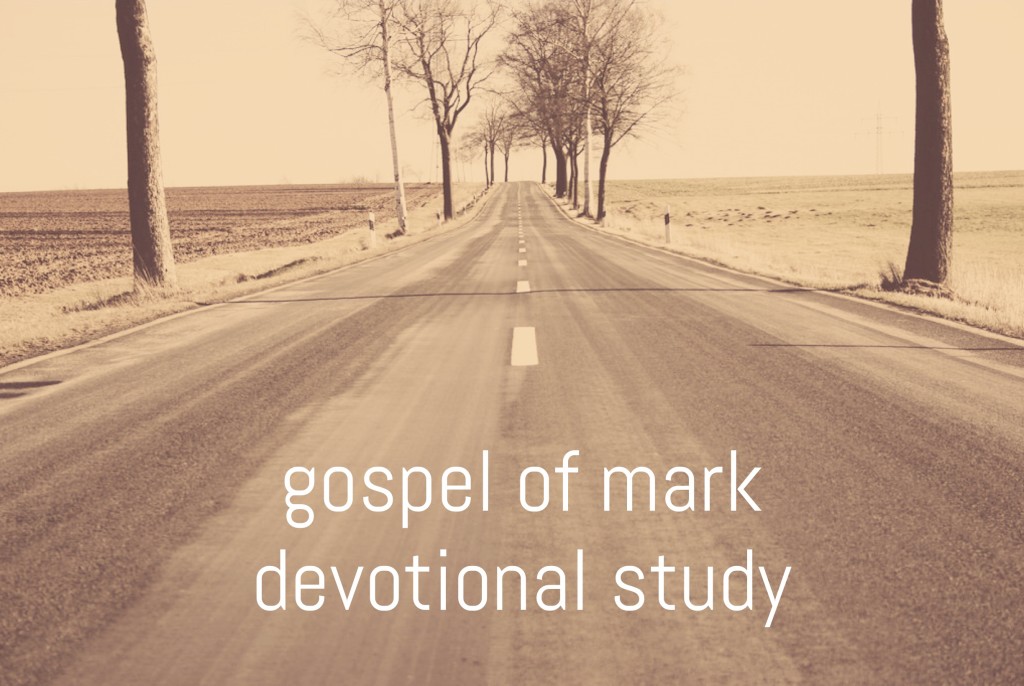 Just in case you didn’t know already, I’m studying and writing out of the Jesus biography Gospel of Mark right now. It’s become quite the project; a much bigger project than what I’d anticipated when I ‘signed on’ to my husband’s idea-in-passing for me to write a weekly devotional alongside the study of Mark at our Sunday church. I haven’t written each and every week, but I’m determined to fight onward to the finish!

(By the way, it’s not too late to get the Mark devotional studies one by one, as I finish them. It’s kind of like being part of my first wave of editors, seeing the manuscript before its official release. Or something like that. 🙂 If you are already a subscriber but don’t receive the Mark devotionals, scroll down to the bottom of this email and click on update subscription preferences. Or, if you are not already a subscriber to Life with Jocelyn, subscribe here and opt-in for Mark.)

So, anyway, today I thought I would share with you just a little excerpt of the devotional study that I sent out just this week.

30 They went on from there and passed through Galilee. And he did not want anyone to know, 31 for he was teaching his disciples, saying to them, “The Son of Man is going to be delivered into the hands of men, and they will kill him. And when he is killed, after three days he will rise.” 32 But they did not understand the saying, and were afraid to ask him.

33 And they came to Capernaum. And when he was in the house he asked them, “What were you discussing on the way?” 34 But they kept silent, for on the way they had argued with one another about who was the greatest. 35 And he sat down and called the twelve. And he said to them, “If anyone would be first, he must be last of all and servant of all.” 36 And he took a child and put him in the midst of them, and taking him in his arms, he said to them, 37 “Whoever receives one such child in my name receives me, and whoever receives me, receives not me but him who sent me.”

Mark does this very clever word play where he contrasts Jesus’ being delivered into the hands of men – and then controlled and killed – with Jesus’ taking a child into his arms – to be received.

Here’s the thing: When we take something (or someone) into our own hands, we often kill it. Sometimes we squeeze it to death on purpose; more often we accidentally bring upon it the kind of smothering violence that leads to death. When we take control of our lives, when we take control of others’ lives, when we take control of God, usually, in one way or another, we take some of the vitality out of them. We dull them; we erode them; we debase them. Taking things into our own hands has the potential to kill us, to kill others, and to kill the way of God in our hearts. The death may be actual, physical death. More often, and perhaps far more cruelly, it causes emotional death (the other person feels emotionally manipulated or misunderstood), spiritual death (the Spirit Himself is squelched), or relational death (that blessed human-to-human intermingling is marred in some way).

We who are more passive (as opposed to assertive) individuals might here give ourselves a ‘pass.’ ‘I’ve never been a steamroller,’ I am wont to say. But silence may also be a steamroller. Omission can be wielded adeptly as a mechanism for controlling another person. I fear that much of the controlling I do is subversively subconscious, buried beneath heaps of social graces. I’m afraid that most of the controlling I do is masked in passive aggression, muted self-interest, back-handed gossip. I’m concerned that the lion’s share of ways I try to control others are expressed by attempts to guilt or intimidate people into doing what I want. “It’s in her best interest,” I assure myself. “Mommy knows best.” But do I know best? Always?

Mark made it clear that taking things into our hands is the very natural, fallen human way of living; it is most definitely not the Way of Jesus.

Jesus offered us a better Way. He gave us a different, deeper Way of life than hands controlling God and the people around us. And – don’t worry you assertive types – that Way is not the way of docile acquiescence. His Way is arms receiving…

Want to read more from Mark?? Update your email preferences at the bottom of this email or subscribe here.