Jason & I watched this little video recently of Tim Keller, John Piper, & Don Carson and there was so much good in it that I had to share it with you. Even if you wouldn’t call yourself a Christian or religious, I think you’d like this. 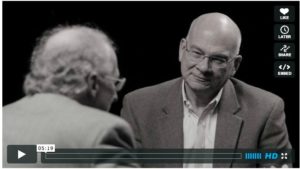 Sustaining the Covenant of Marital Love

My favorite things from the video (Watch it before you read my thoughts because they say it so much better than I do!):

What did you think?

I Live in a Comfortable World
Our New Piano!